The mission of westcoastswingsandiego.com is to provide all the West Coast Swing resources for new, local and visiting Westies in one place. We hope you enjoy our website!

Today, San Diego has a large diverse West Coast Swing community, from the young to young at heart, and from those who have danced over a decade to those who took their first steps as a Westie yesterday. San Diego has a long history in West Coast Swing. It is home to legends, studios that produce them (Starlight), and SwingDiego (one of the major WCS conventions, hosted in May). In 2013, San Diego was named the United Republic of San Diego (URSD) by Robert Royston during SwingDiego. With some very passionate dancers taking on the lead, URSD became a “country” of its own. Ever since, the URSD crew has gone on to many events cheering and competing for the home team. 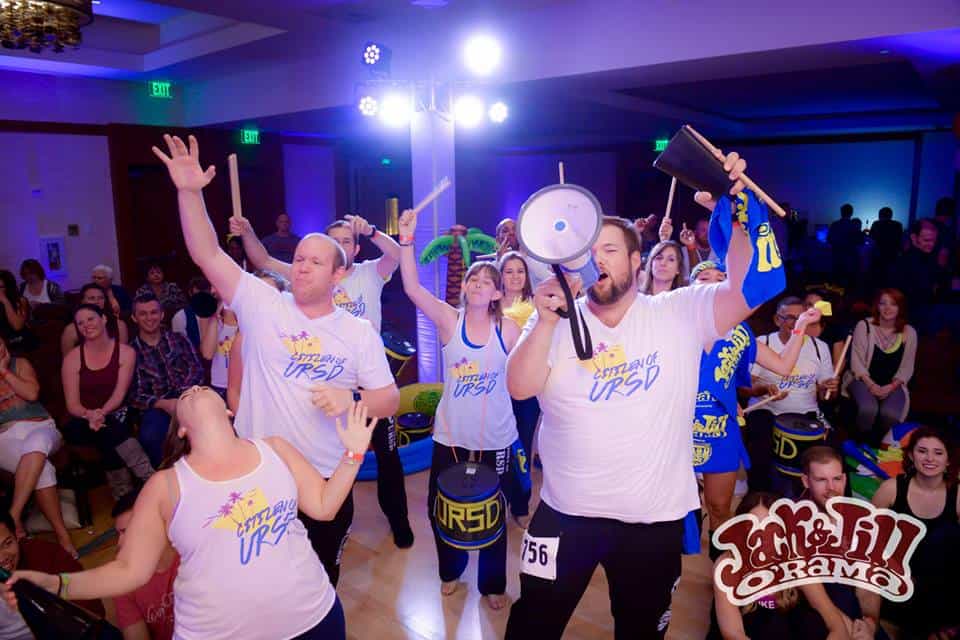 The roots of West Coast swing can be traced back to the Lindy Hop. Lindy Hop was created in the late 1920s in Harlem, NYC. The dance became so popular that white men would go to Harlem to watch the dance. When WWII broke out, these white men were drafted into the military and served their time overseas where they also brought along this dance. During this time, the dance evolved to what was called a more “sophisticated swing”.

When WWII ended, many of these soldiers were dispersed throughout the United States (East Coast, Houston, Dallas, LA) but most were stationed in San Diego. The swing dance evolved all over the United states – Lindy Hop in LA, Texas Push and Whip, and Carolina Shag. In San Diego, the sailors developed a more slotted dance by dancing on the sides of roller skating rinks. In the early 1960s, the first West Coast Swing class was taught by Skippy Blair in an Independent Arthur Murray studio in San Diego. Since then, West Coast Swing has gone on to become California’s state dance and is currently danced all over the world.